'Local pubs are at the heart of our communities' - Waddell 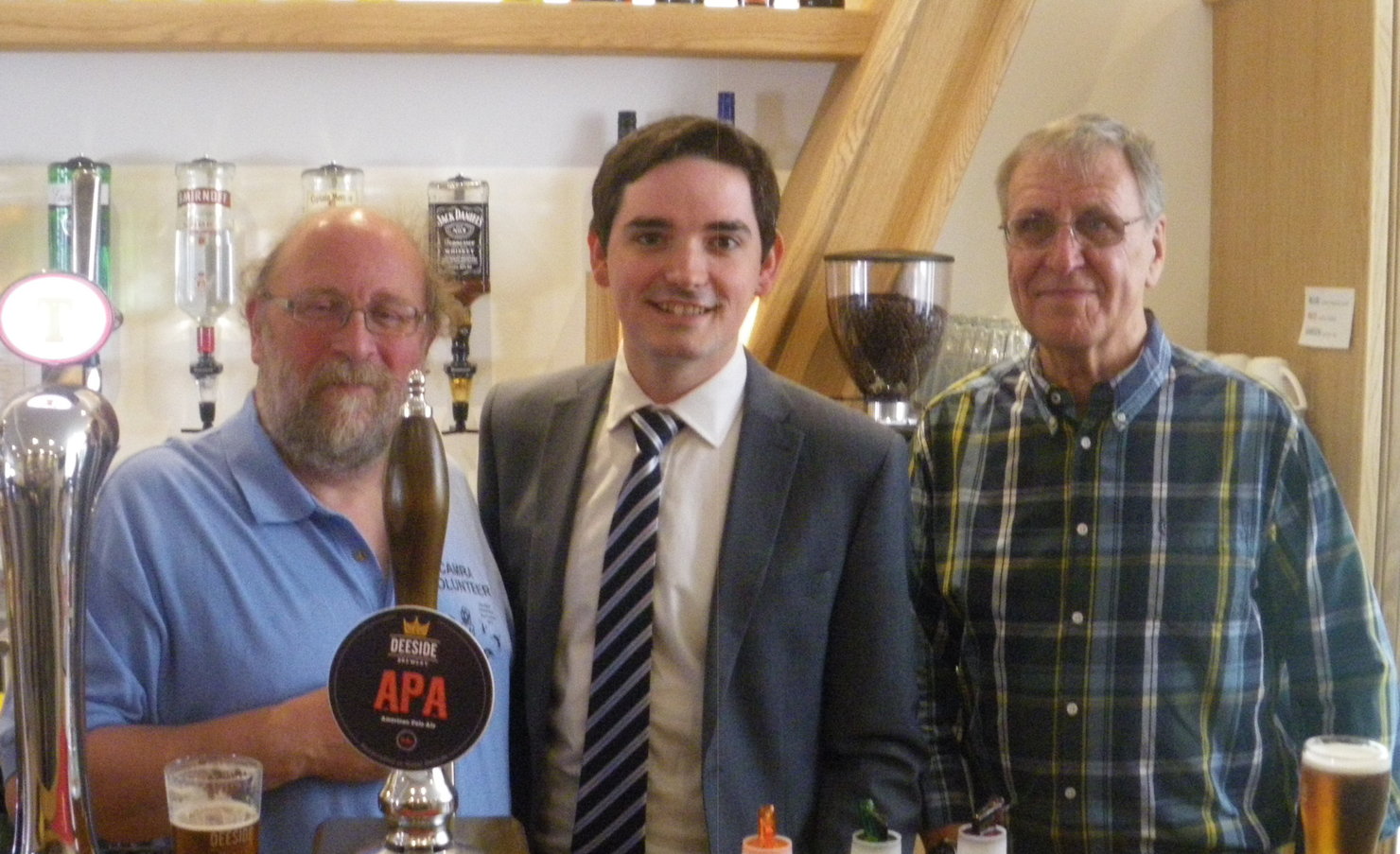 In support of the campaign Mr Waddell met members of the local branch of the nationwide voluntary group Campaign for Real Ale at the Learney Arms in Torphins.

CAMRA is an independent voluntary organisation which promotes real ale, real cider and the traditional pub. With over 185,000 members, it is now the largest single-issue consumer group in the UK. The local branch currently has over 400 members.

Mr Waddell said: "Local pubs, just like the post office and newsagents, are at the heart of our rural communities.

"I want to congratulate the local CAMRA volunteers for all the work they are doing to support local breweries, pubs and hotels. It is always harder to reopen a local facility once it's lost, that is why it is so important to have groups of people willing to make their voices heard.

"We've seen our village centres and local services come under attack in recent years from a lack of support and government centralisation. One way to protect them is for local politicians to put community welfare and supporting local businesses above party politics."

Ian Stewart, membership secretary of the regional CAMRA branch, added: "I want to thank John for taking the time to support our local campaign.

"The Learney Arms in Torphins is a good example of a local pub that has recently come under threat. I'm pleased to say that through negotiation, compromise and the support of local volunteers, including the community council, that is no longer the case

"This contrasted starkly with the nearby Midmar Inn. At the time of their application for change of use, there was an outcry from the local community, backed up again by support from CAMRA, but very sadly the business is long closed and the site is now a virtual ruin.

"It takes a lot of work to make a small business successful. Support from within communities and from local politicians can really make a big difference."