Local Liberal Democrat candidate for West Aberdeenshire and Kincardine John Waddell and North East Liberal Democrat MSP Mike Rumbles have written a joint letter to the Scottish Government’s transport secretary calling for a full review of safety on the AWPR, especially for busy junctions such as the one at Westhill. 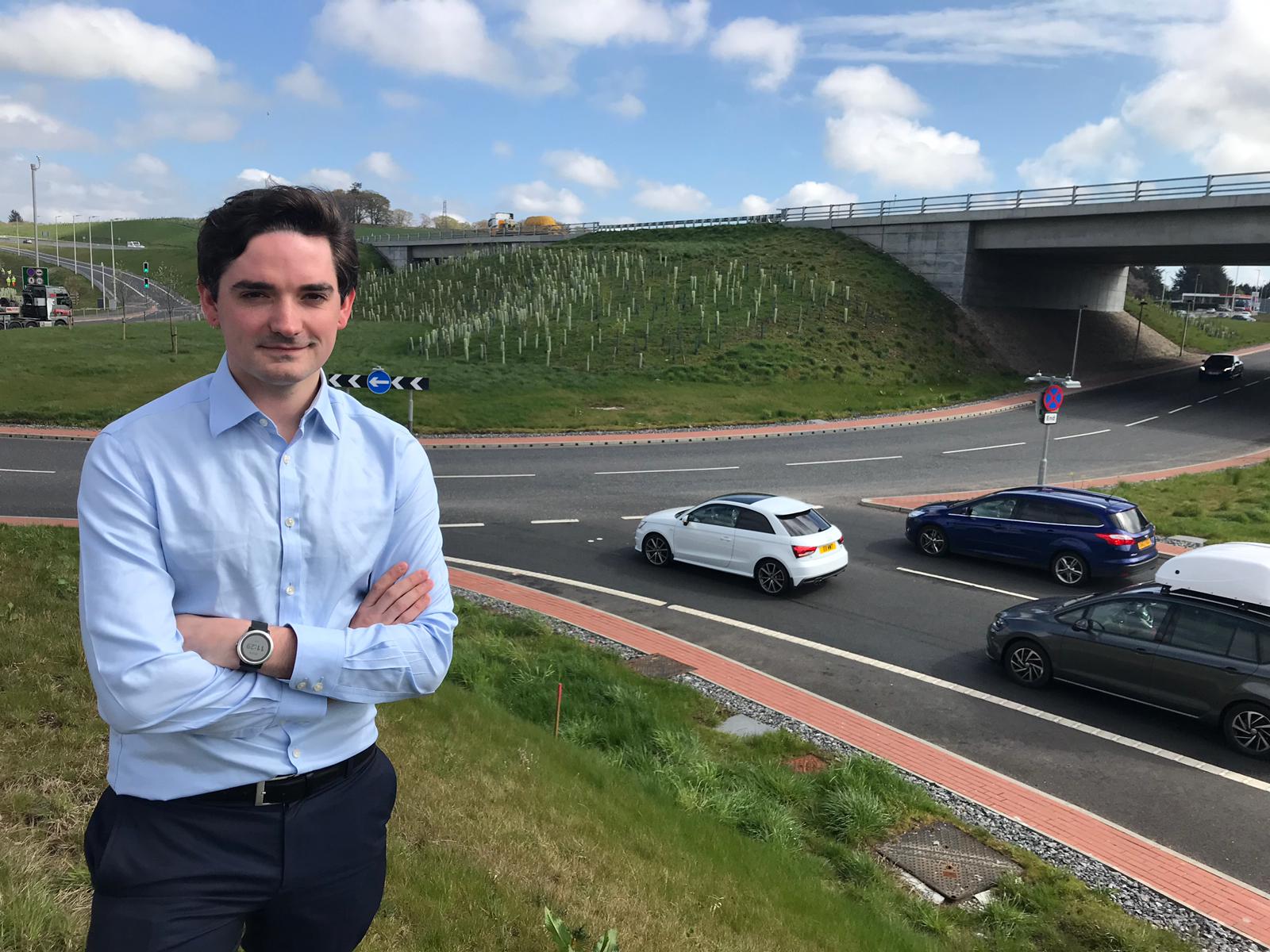 Concerns were initially raised by motorists in January, soon after the road opened, that poor signage was confusing drivers and had the potential to cause an accident on the road. In May, commuters from Westhill contacted Transport Scotland about speed and tail-backs at the busy A90/A944 Westhill junction, stating it was an “accident waiting to happen”.

Mr Waddell said: “The road has been rightly welcomed by most quarters but that does not mean that there are no more improvements left to be made.Aberdeenshire has some of the most dangerous roads in the country, new roads should be an opportunity to improve on road safety not make it worse.

“We are not seeing enough action to fix the concerns that have been highlighted. Especially at busy junctions where drivers travelling at high speed could find themselves rushing toward hundreds of vehicles at a standstill.

Mr Rumbles added: “Transport Scotland have a responsibility to maintain safety on the road and there must be more joined-up thinking between the Scottish Government and local councils to alleviate congestion at junctions and major distributor roads.

“There is no good to come of the Scottish Government washing their hands of the project now. This is the best time and opportunity to improve safety on the road, as we enter the busy summer months. That is why we are calling for a full review to be carried out as soon as possible.”

Full review of safety on the Aberdeen Western Peripheral Route

As you will be aware, several areas of concern have been raised about road safety on the AWPR, highlighting key issues such as queuing traffic and poor signage.

A mixture of long tail-backs, too few lanes and fast moving traffic at the busy A90/A944 junction at Westhill, for example, has been cited one potential area of concern.

As I understand it, work has also been carried out to expand signage on the road although it is not clear whether the actions taken have improved the situation for drivers, especially for those that are still new to the road.

The AWPR has delivered a significant improvement to transport infrastructure in the region and it has rightly been welcomed, especially by those affected by congestion and poor air quality within the city of Aberdeen. It is equally important, however, that the road meets the highest standards of safety possible. We would be very grateful if you would provide an update of the safety improvements planned for the road and undertake a full review of safety now that the road is completed and open to traffic.

We look forward to your response.