North East MSP Mike Rumbles has met with representatives of Insch Airfield, in Aberdeenshire, who are opposed to the preferred route of Scottish & Southern Electricity Networks Blackhillock and Kintore pylon project. 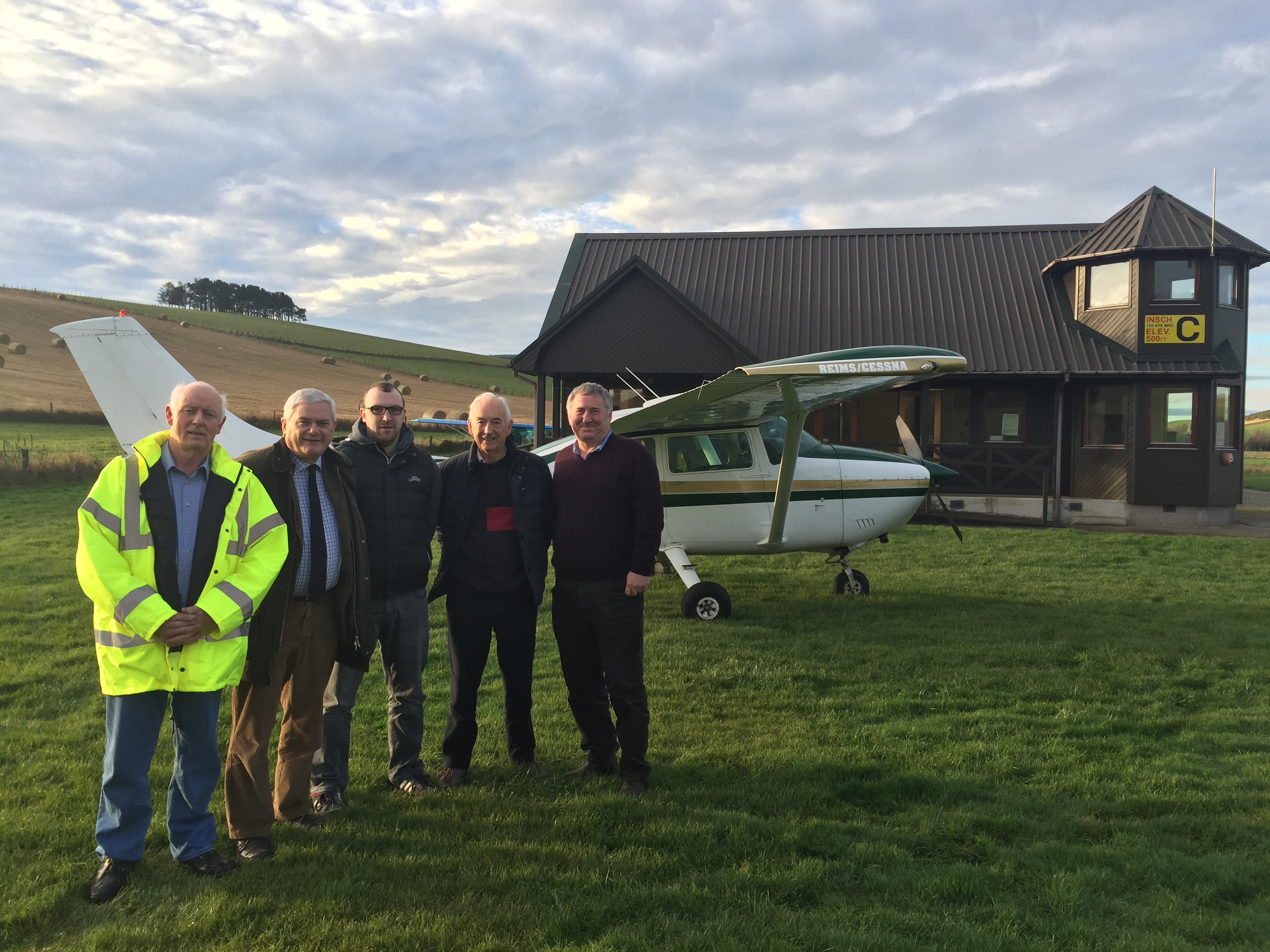 SSEN plan to cut a route of huge pylons on open countryside around Bennachie between Blackhillock and Kintore substations, despite less disruptive routes available along the A96 corridor. The scheme, which is part of their expanding network plans, is yet to be approved by the Scottish Government and is not expected to be delivered for several years.

Mr Rumbles said: “SSE are proposing a route that will slice through and ruin open countryside instead of following the existing A96 development corridor.

“Organisations like Insch Airfield could see years of hard work thrown away as SSE’s proposed route could have a major impact on their operations.

“It is vital we grow our existing electricity network for the future but it must be done in a conscientious and sustainable way that doesn’t destroy our landscape for generations to come. Of all the possible routes between Blackhillock and Kintore this one is by far the most damaging.

“SSE have not yet submitted their application and there is still time to see this particular route changed. I encourage everyone in Aberdeenshire to go out and lodge their concerns with SSE and the Scottish Government in as strong terms as possible and as early as they can.”