North East MSP Mike Rumbles attended a Transport Scotland ‘Meet the Team’ event in Laurencekirk today, to view plans for the long awaited grade-separated junction on the nearby A90. 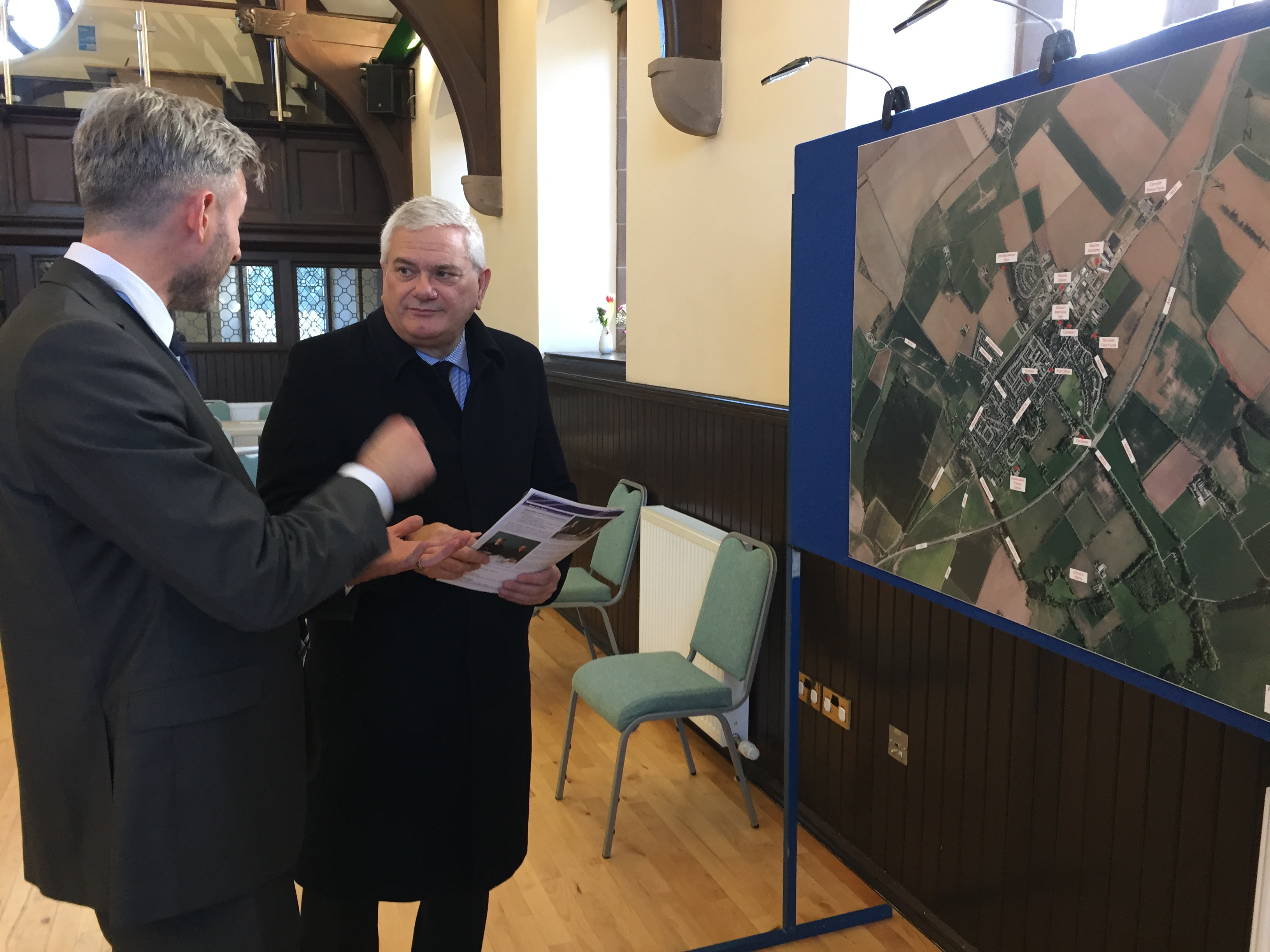 Held at the Dickson Memorial Hall, the occasion was welcomed by Mr Rumbles and local campaigners who have been calling for the junction upgrade since 2006. Locals met representatives of Transport Scotland to find out more about the essential plans and assessment process to be followed during the development of the scheme.

Mr Rumbles said: “I’m delighted that the process has finally begun to upgrade the dangerous junction linking Laurencekirk to the A90.

“It has been a long and hard fought campaign by local activists like Gill Fotheringham, who began the campaign in 2006. I would like to congratulate them all for their efforts to get to this stage.

“The project has been set-back time and time again by the Scottish Government but now, finally, the flag has been planted and the process is underway. We should not take this step forward for granted, the Minister has said that it will be at least three years before construction on the project will begin.

“This emergency safety improvement has been on the agenda since before the SNP came to power in 2007. At that time they fully agreed the work should be carried out as soon as possible. So it is vital we keep the pressure turned up, to ensure the project goes through as planned.”