Scotrail among worst for punctuality, reliability and value according to Which?

Commenting on a report published by Which?, showing that Scotrail performance is ranked 23rd of 30 UK operators, Scottish Liberal Democrat transport spokesperson Mike Rumbles said:  “The Scottish Government had an opportunity to put this right in the autumn but ministers were more concerned about bad publicity than addressing passenger needs. Instead of warning Abellio Scotrail of fines and a withdrawal of the contract unless rail performance improved, it decided the company would have a free pass to ignore penalties for missing targets until June 2019.

“I welcome this report, it highlights that the Scottish Government need to start taking their responsibility for the problems in our rail network seriously. It is no good blaming Network Rail which operate across the whole of the UK when it is only Scotrail that is plummeting in the UK rankings.”

Passengers have made their dissatisfaction with ScotRail clear after the operator achieved another dismal result in the annual Which? rail survey.

In a year of performance so weak that the Transport Scotland put the operator on an improvement plan, ScotRail achieved a lowly customer score of just 45 per cent. Last year it received a score of 50 per cent.

The train operator, whose services account for 95 per cent of passenger journeys in Scotland, was rated poorly across a number of categories, achieving just two stars for punctuality, reliability and value for money.

It performed marginally better in several other categories, receiving three stars for aspects such as customer service and the condition of carriages.

It finished 23rd out of 30 train companies in the UK overall. Northern and Thameslink, whose passengers suffered as a result of the disastrous timetable changes last year, were the lowest ranked operators, alongside Southern Railway. All three achieved a customer score of less than 40 per cent.

Smaller companies serving fewer passengers scored the highest in the survey, with Island Line Trains’ commuters giving it the highest customer score of 68 per cent.

Commuters - including ScotRail passengers - told the consumer champion about the impact delays had on their lives. A quarter (25%) of ScotRail commuters said they find travelling by train frequently stressful, nearly one in five (18%) said they missed out on time with family and friends and one in 10 (10%) said they faced additional childcare costs.

Distrust of the rail industry continues to climb among Scottish passengers, according to the latest figures from Which?’s Consumer Insight Tracker. It now stands at 26 per cent, seven percentage points higher than a year ago.

Which? believes the Transport Scotland improvement plan must address the systemic problems that blight their services, with a clear focus on acting on some of the main areas of passenger concern highlighted in the survey.

The UK government, through its rail review, also has an opportunity to scrutinize the rail industry in devolved nations and ensure that the rail regulator has a clearer duty to stand up for passengers.

“It’s clear that ScotRail passengers aren’t at all happy with the service they’re receiving on a daily basis.

“If faith in the company is to be restored, it must listen to passengers who have too often been an afterthought.

“Transport Scotland’s improvement plan must deliver results that work for passengers and address the chronic issues identified in our survey.” 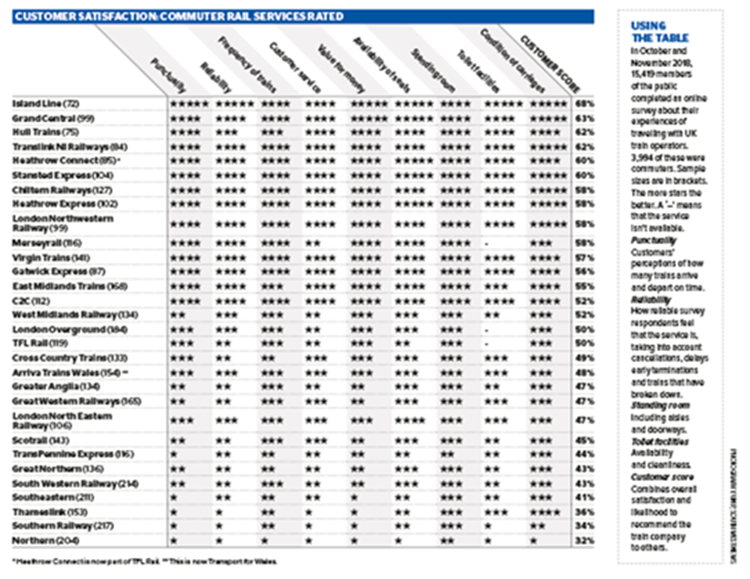